Some facts about solar energy 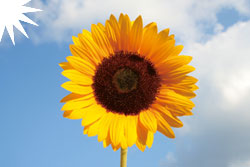 Solar energy is usable energy from the light of the sun. The energy that comes from the sun is equivalent to 10.000 times the complete energy consumption of the earth. The radiation on a sunny day, getting to the earth is (here in the Levante area in Spain) higher than 1200 Watts (or 1,2 kW) per m2. That means that on a sunny day, during several hours, 1 square meter receives the same amount of energy, which could keep 30 light bulbs of 40W working. A house on a 1000 m2 ground receives 1200kW, the same amount of 30.000 light bulbs... or 1200 hair dryers...


Solar energy has been used in many traditional technologies for centuries in its different forms and has come into widespread use more recently due to the rapidly rising energy prices and the growing environmental awareness of the people. 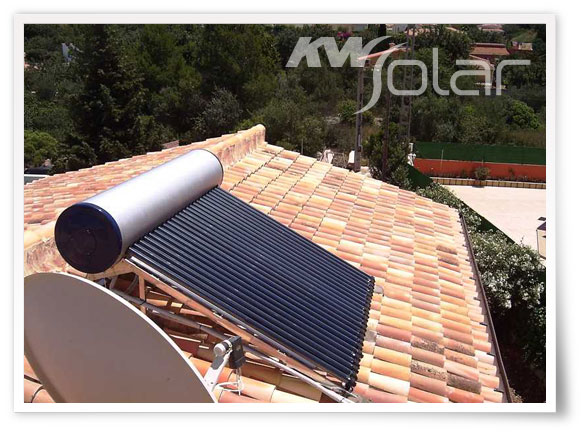 Why does it make sense to install a solar system?

It is ecological:
Using solar energy we do not pollute our environment. We avoid the production of exhaust gases (principally CO2) which are produced by the combustion of gas, coal or heating oil. A Compact solar water heater that can cover the hot water for a 3 to 4 person household here at the Costa Blanca, Spain, produces the equivalent of heat, which would be produced by 400 to 500 litres of heating oil in a conventional oil heater. Just to get an idea, a small diesel car could go about 8.000 Km with this amount of diesel and 1.315 Kg CO2 would be emitted!!

It makes us more independent:
With the new generation of solar systems you can cover up to 90% of your hot water. This way you are much more independent from fossil fuel. As most of our fossil fuel comes from conflict areas, like for example the Middle East, it is a big advantage to be more independent of their fuel. You are obviously more independent as well from the local gas company, that not always brings the gas bottles at the correct time.
It does save money:
In the long run we can save quite a lot of money installing a solar system for our house. The OCU (a Spanish consumer organization) has found out that the energy costs for a 4 person family here in Spain reach until 600 Euros per year, depending on the water heating system and the living habits. Additionally there are maintenance, regular inspections and repair costs of the oil or gas heating systems. As the energy costs are rising, a solar system becomes more and more interesting and profitable.

It is comfortable:
With the solar system we can have the comfort of the stored hot water in the tank with all its advantages but we do not use valuable and expensive energy to heat the water up all the time. We do it with the sun, which is for free, clean and efficient.

It is simple, save and efficient:
The KW Solar systems belong to the newest generation of thermal solar panels. They are simple, but at the same time extremely efficient. Very often we eliminate the complete gas installation for hot water to reduce the risks that exist with the use of gas, and we use the solar system instead.